To use the fishing rods, stand near the water and click on the water surface. A menu will pop up, click on "Old Rod" or "Good Rod" to cast the fishing rod. When an exclamation mark appears above the player's head, it indicates a Pokémon is biting — click immediately to reel in the Pokémon, and a battle will start promptly. If the player reels in too slow after the exclamation mark pops up, the Pokémon will flee. Also, if the player reels in too early, without any Pokémon biting, he or she will have to try again as well.

Occasionally nothing will bite the player's hook, and he or she also needs to retry in this case. Conveniently, having a Pokémon with the Ability Suction Cups or Sticky Hold leading the party can ensure that Pokémon will bite every time. The only exception is the secret pond on Route 8, where there is nothing to fish for.

To keep the chain running, the player must not move from the spot via WASD or arrow keys, HM Fly and Surf, or the "Get Unstuck" option. Spinning from casting the fishing rod does not count as moving. If the player reels in too early, too late, or hooks up nothing, the chain also will break, making it vital to lead the player's party with a Pokémon possessing the Ability Suction Cups to guarantee a bite.

Note: If a Pokémon evolutionary family can be found in multiple locations, only the first accessible location of the Base Form Pokémon will be listed. Some Pokémon can be more easily found with Good Rod and thus are not listed in the table for Old Rod. Rarity levels are estimations according to this scale and might be subject to changes due to different encounter assessment results, unless supported by official encounter rates, which are listed in red under the rarity level if known.

All Pokémon are encountered at Lv. 10.

All Pokémon are encountered at Lv. 20.

The Old Rod when cast out. 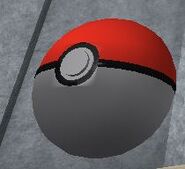 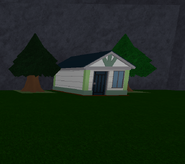 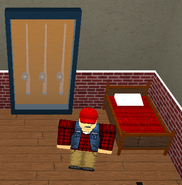 The fisherman that gives the player Old Rod.

Players can receive Good Rod from this Fisherman on Rosecove Beach after getting HM Surf.

The Good Rod when cast out.

The Good Rod as displayed in the player's bag.
Community content is available under CC-BY-SA unless otherwise noted.
Advertisement